Hello and A Book Review

Hello, I have some good news. I have my computer back and fixed. I will now start to post more regularly as originally planned. *Fist pump* Yes!

Magnus Chase and the Sword of Summer

Magnus Chase has always been a troubled kid. Since his mother's mysterious death, he's lived alone on the streets of Boston, surviving by his wits, keeping one step ahead of the police and the truant officers.

One day, he's tracked down by an uncle he's never met—a man his mother claimed was dangerous. His uncle tells him an impossible secret: Magnus is the son of a Norse god.


The Viking myths are true. The gods of Asgard are preparing for war. Trolls, giants and worse monsters are stirring for doomsday. To prevent Ragnarok, Magnus must search the Nine Worlds for a weapon that has been lost for thousands of years.


When an attack by fire giants forces him to choose between his own safety and the lives of hundreds of innocents, Magnus makes a fatal decision.

It has actually been quite a while since I have read this book, but I have had this feeling to write the review so review it I am. When I do think back on it I smile. There so many things I loved about this book.

In short, it was the saddest, flimsiest, most disgusting piece of scrap I had ever magically pulled from a river.

He says it as if it's something he did everyday.

Inside Magnus’ head there were certain things I did enjoy (that sounds a tad weird) what I mean is that I thought was a bit funny, in a good way. He would ask questions in his own head to what he might ask and some of those he would miss when he said them aloud but he would still ask some seemingly not as important questions with the important ones. I think it is part of why I found him more likeable.

Another thing I should note that is important to remember is how Magnus values his mothers memory. She may be dead but he doesn’t necessarily hide her memories away instead he tries to focus on the good ones the ones that feel him with warmth. She is also a positive factor in some of his decisions which I’m glad. Also Magnus 1.0. That was kind of hilarious. 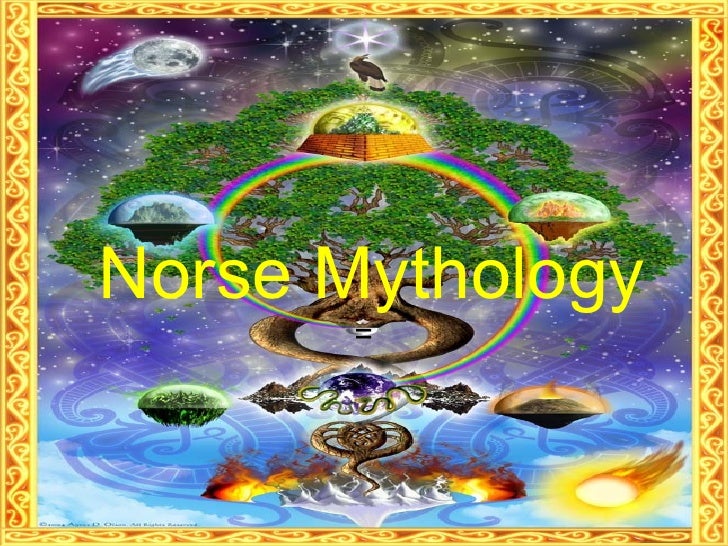 2. The mythology: I actually didn’t know a whole lot of Norse mythology before reading this book. A lot of it was new to me, especially most of the gods. The only place I would say I knew some of them about was from Marvel and mainly the Thor movies. One thing I definitely will add is that I loved how the gods were displayed. The ones we know from movies like, Thor and Odin were different from what you may have expected. Thor was … well, maybe obsessed a little with t.v shows and I would say forgetful. If you have read the book I would dare say you know what I mean. Also Odin was shed in such a different light. We don’t actually see him for most of the book but when we do it’s… powerpoint is one word I would use to describe him and umm… maybe humorous in that he is such a different yet likeable god in a strange way (seriously he was strange). When Magnus’ father is seen at last I felt that he represented exactly as he should’ve been. I felt that he matched what type of god he was meant to be and what Magnus’ mother would say of him. He was probably my favourite god to be honest. He was instantly likeable.

3. Other Characters: Let’s start with Blitzen. Or Blitz he is certainly not what you might expect from an average dwarf. I really like his fashion sense and would love to see how his new business is doing and what he makes is like in real life. It would be really cool.

What I love about Hearth in part is that he was deaf and mute. It didn’t take away from his character at all. Also noting with that I think that the way Rick Riordan formatted when he spoke sign language was well done and I also though some realism was added when it was mentioned how a sign could mean another thing but it was more likely to mean this.
I should probably mention Jack. I mean he added a whole other part to the story that did leave me chuckling at things he said and did though (up a nose is more uncomfortable to remember as it somewhat easy to envision). One thing I did think with him is that I thought he would speak more regal like at first but even when he didn’t I loved it. 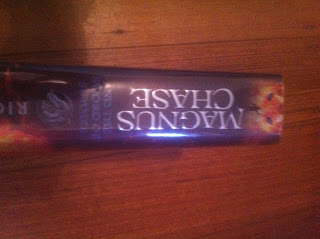 4. While this book did have humour in it I would like to mention that it didn’t take away from the tension. I was well away that Magnus and friends were on the run and that be killed (for the second time) was a huge possibility. Especially with the wolf.

5. Something that I loved maybe even most was the connections with Annabeth Chase. I can’t believe I didn’t recognise the last names until then. When she first appeared I was like Annabeth? Percy’s Annabeth?! Of course she only appears briefly but still something worthy of mentioning.

6. The only downside for me is that I wanted to know more so much quicker. It kept me aching for it to progress faster. Magnus was in the dark about a lot to do with Norse (I almost wrote Greek ;) ) Mythology and so was I, but despite that small downside I really enjoyed the whole book.

For all the good things I've said I guess I'm going to have to give it a 4.5 stars. Which in my system is a...

Rick Riordan is the #1 New York Times bestselling author of over twenty novels for young readers, including the Percy Jackson series, the Kane Chronicles, the Magnus Chase series and the Trials of Apollo. He is also the author of the multi-award-winning Tres Navarre mystery series for adults.
For fifteen years, Rick taught English and history at public and private middle schools in the San Francisco Bay Area and in Texas. While teaching in San Antonio, Saint Mary’s Hall honored him with the school’s first Master Teacher Award.

While teaching full time, Riordan began writing mystery novels for grownups. His Tres Navarre series went on to win the top three national awards in the mystery genre – the Edgar, the Anthony and the Shamus. Riordan turned to children’s fiction when he started The Lightning Thief as a bedtime story for his oldest son.
Today over fifty million copies of his books are in print in the United States, and rights have been sold into more than 37 countries.
Rick Riordan now writes full-time. He lives in Boston with his wife and two sons.

Email ThisBlogThis!Share to TwitterShare to FacebookShare to Pinterest
Labels: Magnus Chase and the Sword of Summer